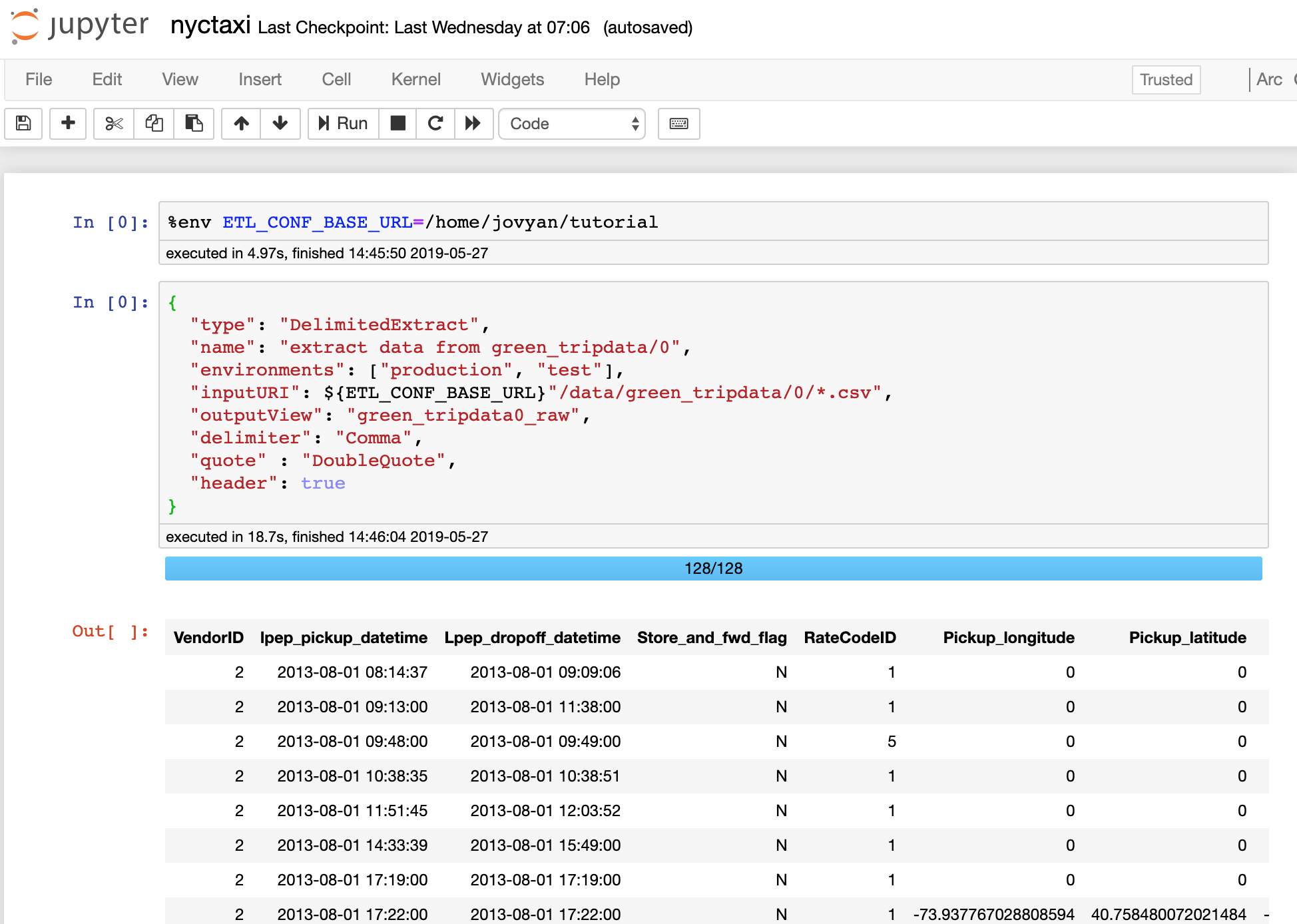 Arc has an interactive Jupyter Notebook extension to help with rapid development of jobs. Start by cloning https://github.com/tripl-ai/arc-starter and running through the tutorial.

This extension is available at https://github.com/tripl-ai/arc-jupyter.

Many of these principles have come from 12factor:

Not just for data engineers

The intent of the pipeline is to provide a simple way of creating Extract-Transform-Load (ETL) pipelines which are able to be maintained in production, and captures the answers to simple operational questions transparently to the user.

These concerns are supported at run time to ensure that as deployment grows in uses and complexity it does not become opaque and unmanageable.

Why abstract from code?

The intention of this project is to define and implement an opinionated standard approach for declaring data pipelines which is open and extensible. Abstraction from underlying code allows rapid deployment, a consistent way of defining transformation tasks (such as data typing) and allows abstraction of the pipeline definition from the pipeline execution (to support changing of the underlying execution engines) - see declarative programming.

Currently it is tightly coupled to Apache Spark due to its fault-tolerance, performance and solid API for standard data engineering tasks but the definitions are human and machine readable HOCON (a JSON derivative) allowing the transformation definitions to be implemented against future execution engines.

SQL first (based on the Mobile First UX principle) is an approach where, if possible, transformations are done using Structured Query Language (SQL) as a preference. This is because SQL is a very good way of expressing standard data transformation intent in a declarative way. SQL is so widely known and taught that finding people who are able to understand the business context and able to write basic SQL is much easier than finding a Scala developer who also understands the business context (for example).

Currently the HIVE dialect of SQL is supported as Spark SQL uses the same SQL dialect and has a lot of the same functions that would be expected from other SQL dialects. This could change in the future.

This is an example of a fairly standard pipeline:

If you have suggestions of additional components or find issues that you believe need fixing then please raise an issue. An issue with a test case is even more appreciated.

For questions around use (which are not clear from the documentation) post a new ‘issue’ in the questions repository. This repository acts as a forum where questions can be posted, discussed and searched.

For commercial support requests please contact us via email.

Thanks to the following projects:

Arc is released under the MIT License. See License for full information.

© 2020 Released under the MIT license